Each month has its own special days, holidays, birthdays, anniversaries and events that we want to commemorate or celebrate. This month – March – is a month when we remember the life of a man that had a tremendous impact for good. This man had such a great influence that he changed an entire nation. His life began, as we would hope, with a happy family. According to the genealogy site, GENI, he was born in today’s Scotland to a well-established family and looked forward to a good future with the innocent hope of a child. And if we were writing this story, we would see him mature and succeed as he fulfilled all this potential. But as so often happens, this isn’t his story. At the age of 16 when Maewyn Succat was just beginning to establish himself as a man, he was taken, captured by raiders, and sold into slavery in Ireland. In a moment, life as he had known it, was gone. His future was gone, his family was gone, and he was alone in a foreign land.

Instead of following in his father’s footsteps, he spent six bleak years as a captive herdsman. This might easily have been his end. How many times has this happened as a child’s life has taken a tragic turn through circumstances beyond their control leaving them hopeless? Although he had been robbed of his youth, lost friends and siblings, the love of his mother, and the nurture and guidance of his father, he turned to God. He later writes in Confessio (one of his few surviving documents) that he had begun to offer “up to 100 prayers a day, and in the night, a like number.” He prayed as he “stayed out in the forest and on the mountain” and before daylight in “the snow, in icy coldness, in rain.” He found a personal relationship with God, the Father that he needed, and one that cared for his soul when no one else heard the cry of his heart. Then this young man, now in his early 20’s “heard a voice telling him that he would soon go home, and then that his ship was ready. Fleeing his master, he ran to a port, 200 miles away, he says, where he found the ship” and persuaded the captain to take him back home along with others.

No one knew he was returning and there was no one to greet him. It is said that after three days’ sailing, they landed, and walking for 28 days in a “wilderness” became faint from hunger. After he urged them to put their faith in God, he prayed for sustenance and they encountered a herd of wild boar which they killed and ate. This miracle caused them to come to Christ. Maewyn experienced the power of God’s deliverance. He was reunited to his family. He then studied in Britain and was ordained to the priesthood. His life had been restored and the time of abduction and slavery was behind him. Yet, the abuse of slavery was still with him and his Confessio tells of a dream in which he was given a letter with the heading “The Voice of the Irish”. As he read it, he seemed to hear a certain company of Irish beseeching him to walk once more among them. “Deeply moved”, he says, “I could read no more”. He had received a call to return to Ireland, but because of the shortcomings of his education, he was reluctant for a long time to respond. How many of us have allowed our shortcomings or the wounds from our past to stand in the way of the work that God has for us. Finally, he responded and returned to Ireland filled with the Spirit of God and confident in the Lord. He journeyed far and wide baptizing and confirming with untiring zeal.

Because of this man and his impact, we celebrate March 17th as Saint Patrick’s Day. It is this man that became a father to the nation of Ireland. Britannica describes Saint Patrick as “patron saint and national apostle of Ireland”. Maewyn Succat seemed to have lost everything but said “Never before did they know of God except to serve idols and unclean things. But now, they have become the people of the Lord, and are called children of God. The sons and daughters of the leaders of the Irish are seen to be monks and virgins of Christ!”

← So Great A Salvation
Today If You Hear His Voice → 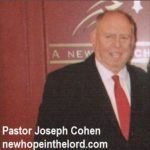